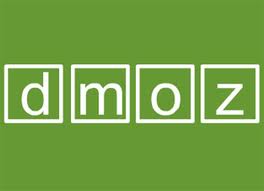 About the Open Directory Project

The Open Directory Project is the largest, most comprehensive human-edited directory of the Web. It is constructed and maintained by a vast, global community of volunteer editors.

The Republic of the Web

The web continues to grow at staggering rates. Automated search engines are increasingly unable to turn up useful results to search queries. The small paid editorial staffs at commercial directory sites can’t keep up with submissions, and the quality and comprehensiveness of their directories has suffered. Link rot is setting in and they can’t keep pace with the growth of the Internet.

Instead of fighting the explosive growth of the Internet, the Open Directory provides the means for the Internet to organize itself. As the Internet grows, so do the number of net-citizens. These citizens can each organize a small portion of the web and present it back to the rest of the population, culling out the bad and useless and keeping only the best content.

The Definitive Catalog of the Web

The Open Directory was founded in the spirit of the Open Source movement, and is the only major directory that is 100% free. There is not, nor will there ever be, a cost to submit a site to the directory, and/or to use the directory’s data. The Open Directory data is made available for free to anyone who agrees to comply with our free use license. The Open Directory is the most widely distributed data base of Web content classified by humans.  Its editorial standards body of net-citizens provide the collective brain behind resource discovery on the Web.  The Open Directory powers the core directory services for the Web’s largest and most popular search engines and portals, including Netscape Search, AOL Search, Google, Lycos, HotBot, DirectHit, and hundreds of others.

You Can Make a Difference

Like any community, you get what you give. The Open Directory provides the opportunity for everyone to contribute.

Signing up is easy: choose a topic you know something about and join. Editing categories is a snap. We have a comprehensive set of tools for adding, deleting, and updating links in seconds. For just a few minutes of your time you can help make the Web a better place, and be recognized as an expert on your chosen topic.